SYDNEY, April 30, 2016 /PRNewswire/ -- Arsenal football fans can begin planning their trip to Sydney and NSW, with the team announcing the match dates for their two-game tour in 2017. The Gunners will play Sydney FC on Thursday 13 July 2017, and the Western Sydney Wanderers on Saturday 15 July 2017.

Minister for Trade, Tourism and Major Events and Minister for Sport, Stuart Ayres said, "Football fans around Australia and the world can now get these dates in their diary, and book their trip to Sydney's ANZ Stadium for two blockbuster matches.

"Tickets will go on sale on 19 July 2016, and I encourage all sports fans to come to Sydney and enjoy our great state. Arsenal will be bringing their first team squad, and going head-to-head with our two biggest local sides."

Arsenal Chief Executive Officer Ivan Gazidis added, "Our pre-season matches enable the squad to complete final preparations ahead of a new campaign, and Sydney FC and Western Sydney Wanderers will provide a strong test for the team. The trip also gives our travelling squad a wonderful opportunity to see our loyal supporters in a country so passionate about football; it's set to be a truly special trip and everyone at Arsenal Football Club is already looking forward to it."

The 2017 Sydney Tour will be the first time Arsenal has visited Sydney in over 30 years, offering football fans across the world a rare opportunity to watch the English Premier League giants play in the Southern Hemisphere.

Destination NSW Chief Executive Office, Sandra Chipchase said, "Sydney is Australia's home of football and the perfect destination for Gunners fans looking to not only watch their team in action, but to a中華路生日蛋糕推薦lso begin a memorable holiday in NSW.

"Travel packages will soon be available to assist fans in building their perfect Sydney and NSW itinerary. With plenty of travel and accommodation options on offer, visitors can take in one or both of these two exciting matches, and stay on to experience everything NSW has to offer including world-class beaches, scenic coastal locations, adventure, nature and other great sporting and cultural events," said Ms Chipchase.

Tickets for both matches will go on sale on Tuesday 19 July, 2016 with travel package details to be released.

More information on the tour can be found at: www.arsenalinsydney.com 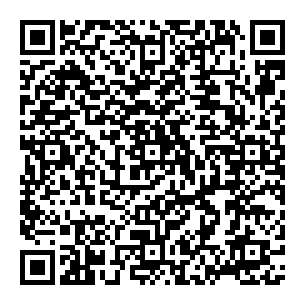